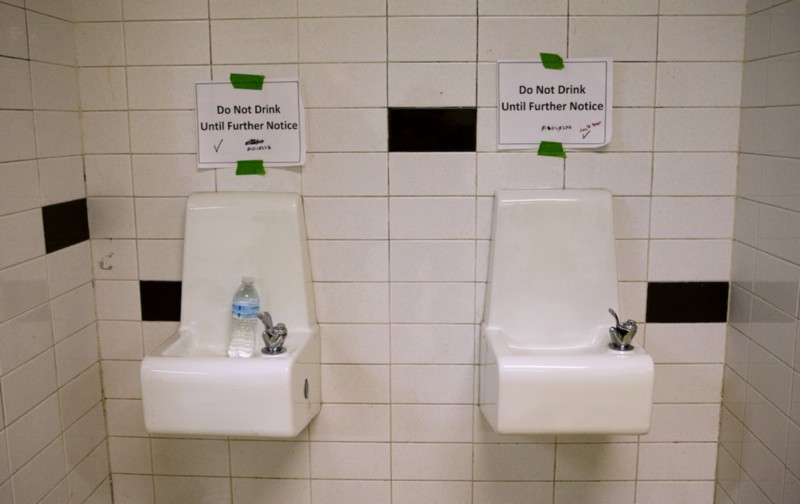 Why Water in Schools Is So Susceptible to Lead Poisoning

Why Water in Schools Is So Susceptible to Lead Poisoning

The Flint water crisis is bringing more attention to the decades-old — but still unsolved — problem of lead in drinking water supplies. But despite the fact that lead poses a potential
danger to children, neither states nor the federal government require schools to regularly test their water for the toxic metal.

That’s about to change. New York is on the verge of becoming the first state to require lead tests for water in schools. “Lead is such a lethal contaminant and threat to human health, especially to youngsters, that we must make every effort to ensure that the water our school children drink is lead free,” said Assembly Speaker Carl Heastie, a Democrat who backed the measure.

Gov. Andrew Cuomo is expected to sign the legislation, which he proposed earlier this year. It cleared the state legislature with bipartisan support. Under the law, schools would get
reimbursed for the testing and some of the costs of replacing lead plumbing. Schools would also have to make the results of their lead tests public.

From: Why Water in Schools Is So Susceptible to Lead Poisoning
By: DANIEL C. VOCK
Photo; AP/Carolyn Kaster

What's The Buzz?
Randi Weingarten 🇺🇦🇺🇸💪🏿👩‍🎓@rweingartenRT @peterbakernyt: @RyanLizza @rachaelmbade @EugeneDaniels2 Re-upping our story from a couple days ago about how Trump, who has always flir…34 minutes agoDec 04
Susan Gobreski@sgobreskiRT @PAStateDept: If you checked all these boxes, you can register to vote at vote.pa.gov/Register #ReadyToVotePA pic.twitter.com/gfuNl0Vfs02 days agoDec 02
Helen Gym@HelenGymAtLargeRT @LocalProgress: So much love & gratitude for @HelenGymAtLarge! As our network's co-chair, she showed us what it means to exercise the m…4 days agoNov 29
Jerry Roseman@JRosemanHSBsGreat news-- cavalry on the way! EPA sending $ to address #PhlEd drinking water issues. Glad to have worked w/ advo… twitter.com/i/web/status/1…4 weeks agoNov 04